The SEC is conducting investigations related to SolarWinds which could dredge up other unreported breaches, it’s Patch Tuesday so patch all the things as Microsoft, Chrome and Apple have all patched zero days being exploited in the wild, 2 big ransomware names are back, a cross account Azure container vulnerability was fixed and finally the largest DDoS yet has been observed. Meanwhile there is a guide to attracting owls to your yard and finally OWASP is celebrating their 20th anniversary and have their Top 10 in draft form.

Popular Science has a resource for how to attract owls to your own backyard. Key suggestions include providing a nest box and leaving your yard more wild.

The OWASP Top 10 is out for Peer Review! “There are three new categories, four categories with naming and scoping changes, and some consolidation in the Top 10 for 2021.” Read more about the OWASP Top 10. The official Top 10 will be debuting at the free OWASP 20th anniversary celebration on September 24th. Register today! 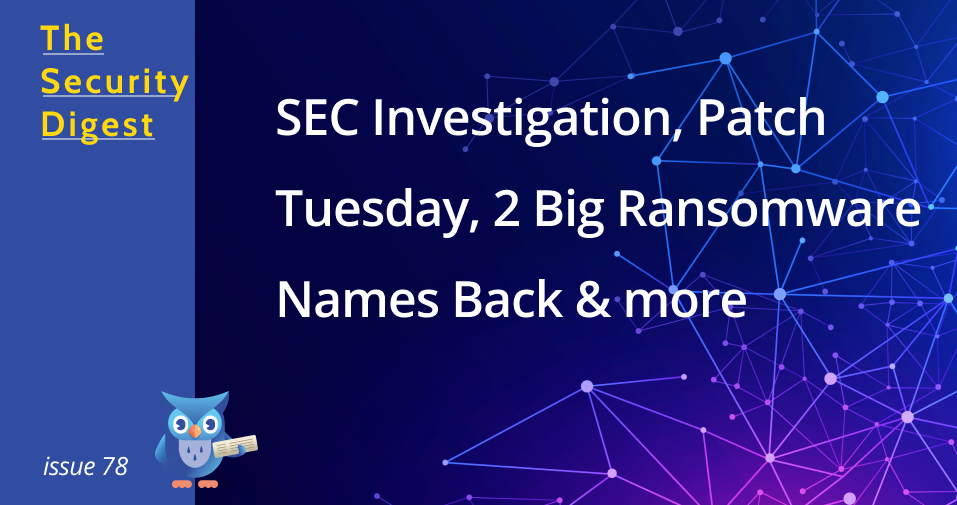 Privacy nightmare for UK gun owners while a privacy win for many from the FTC, an IOT botnet’s operators have been arrested but it will live on, Atlassian’s Confluence needs to be patched ASAP and finally another Solar Winds victim quietly comes forward.

Learn why attribute based access control in databases prevent unauthorized users. Today, RBAC is not enough. ✓ Make the change to ABAC security today!