Databases are one of the most security-sensitive components of the modern day information infrastructure of any organization. This is because they are the custodians of the most crucial asset of any organization―data. Every database needs flexible access control mechanisms to prevent unauthorized access to data and unauthorized changes to data. Doing this requires a) authenticating users (most commonly implemented using passwords), and b) authorizing each data access attempt.

While the commonly available approaches for user authentication in databases are less than ideal, and data breaches are often the result of abuse of privileged credentials, this post focuses on the authorization problem. The authorization problem can be simply stated thus: “given the (verified) identity of a user and the operation that the user is trying to perform, should the operation be permitted?” For example, should Joe be permitted to access employee salary records (perhaps yes if Joe works on the accounting or compensation team, but no if he’s in any other department)? Access Control Policies implemented by a database system allow a database administrator to specify the answer to precisely this type of question, and enforce these rules at the database level.

Access control policies, in general, are based on the notions on subjects, objects, operations, and privileges. A subject is an actor that is trying to perform an action on an object. An object is a resource that needs to be protected from unauthorized use. An operation is any action a subject might carry out on an object, and different operations may be relevant on different kinds of objects. A privilege is the permission for a user to perform a certain operation on a specified object.

In the context of databases, subjects can be users or applications. Resources can be of different types and with varying granularity such as databases, tables, columns, and so on. In the context of these resources, the relevant operations correspond to familiar database actions such as create, read, update, and delete. In addition, databases often support administrative actions such as shutting down or backing up the database.

Many databases started out by supporting the specification of privileges on a per user basis—this is similar to the idea of access control lists.

For example, if Joe does indeed work in the accounting department, he would need to be given permission to access the database table containing employee salary records. Similarly Fred, a developer, may be given access to test databases but no access to production ones.

Maintaining the access control lists on a per-user basis quickly grows unmanageable for more than a handful of users. This is where Role Based Access Control (RBAC) comes in. Simply defined, a role is just a collection of privileges. Now, instead of defining privileges for each individual user, a few roles can be defined, and users can be assigned to roles. This is useful because, in practice, users can be classified into groups (based on their functional roles in the organization) with similar data access requirements for all users in a group.

Many databases also allow users to be given multiple roles, and an active role can be assumed in any given database connection. Some databases allow hierarchical definitions of roles as well, where a one role can inherit all privileges from one or more other roles, and these inherited privileges are added to the privileges explicitly granted to that role.

As an example, roles corresponding to developers, accounts personnel, HR personnel, data analysts, and so on, may be defined with appropriate privileges granted to each such role. Users can then be granted one or more roles.

Why is RBAC not Enough?

While role based access control policies can specify data access management policies to a reasonably granular level, it becomes very difficult to maintain these policies. Here are some difficulties in managing RBAC policies:

These attributes need not be limited to the user’s identity/role and database resource names. They can also include some or all of the following:

Note that most of the attributes listed above go beyond the information available within the database itself. Specifically, this approach requires the data access layer to use federated authentication to integrate with the larger user- and device-management architecture of the organization, rather than relying solely on information residing within the database.

While challenging to implement, attribute based access control can potentially address use cases and security challenges that can’t be solved using the traditional RBAC based approach. Here are a few examples of attribute based policies:

The traditional ACL and RBAC based approaches to access control are insufficient to secure the all important data cloud in today’s scenario because:

Attribute access control brings the benefits of the zero trust architecture to the data cloud and integrates it with the organization’s overall security strategy in a holistic fashion. Using attribute based access control, teams can enforce access policies uniformly across a number of data stores and minimize the risks associated with shared credentials, stolen credentials, and insider attacks. 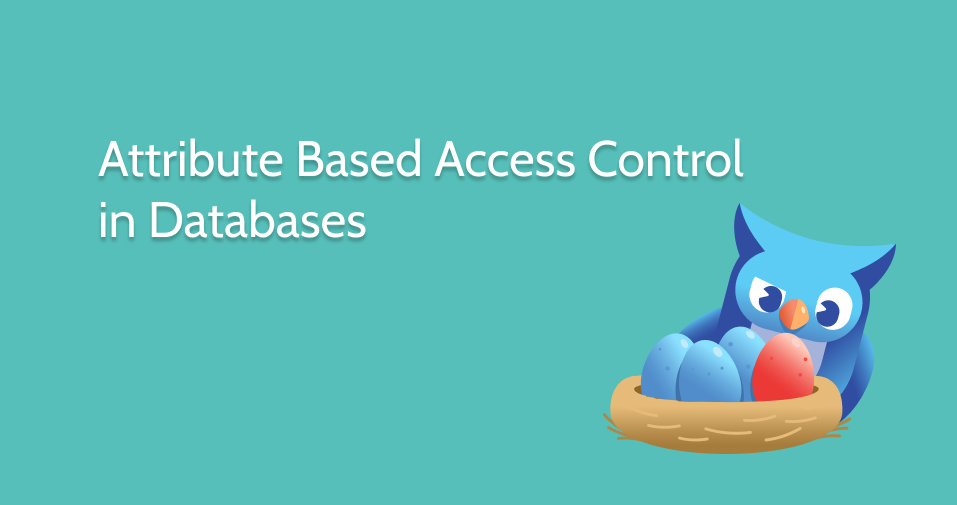 Blog: Who Accessed Your Data? How to Add Identity to Database Logs

Blog: How to Simplify Access to S3 and Stop Spillage

Learn how Cyral’s expertise at securing and monitoring data in S3 can simplify access and prevent data leakage for your organization.

Discover a design pattern that engineering teams can use to help make sure that only the right people have secure access management.