Privacy nightmare for UK gun owners while a privacy win for many from the FTC, an IOT botnet’s operators have been arrested but it will live on, Atlassian’s Confluence needs to be patched ASAP and finally another Solar Winds victim quietly comes forward. In owl news we look to a rescue operation in Lake Tahoe and finally CNCF security group has debuted a practitioner’s guide for cloud security.

Staying in California again this week for owl news, here is a story about a wild animal refuge in Lake Tahoe that was responsible for saving all sorts of animals from the fires. Lake Tahoe Wildlife Care in South Lake Tahoe scrambled to save all of their animals and were able to get out quickly. ‘They coaxed animals into transport crates, sometimes with inventive methods. “The owl’s treat is a piece of salmon. You know the owl is going to go in the cage to get the piece of salmon,”’ Read the full story at The Guardian.

The Cloud Native Computing Foundation (CNCF) Technical Advisor Group for security (TAG-Security) has released a practitioner’s guide for cloud native security called the Cloud Native Security Map. The map outlines a number of tools to put in place to practically achieve the goals outlined in the whitepaper. Anyone can contribute to CNCF TAG-Security, you can start by heading to their GitHub to find out more. Check out the CNSMap website to learn more. 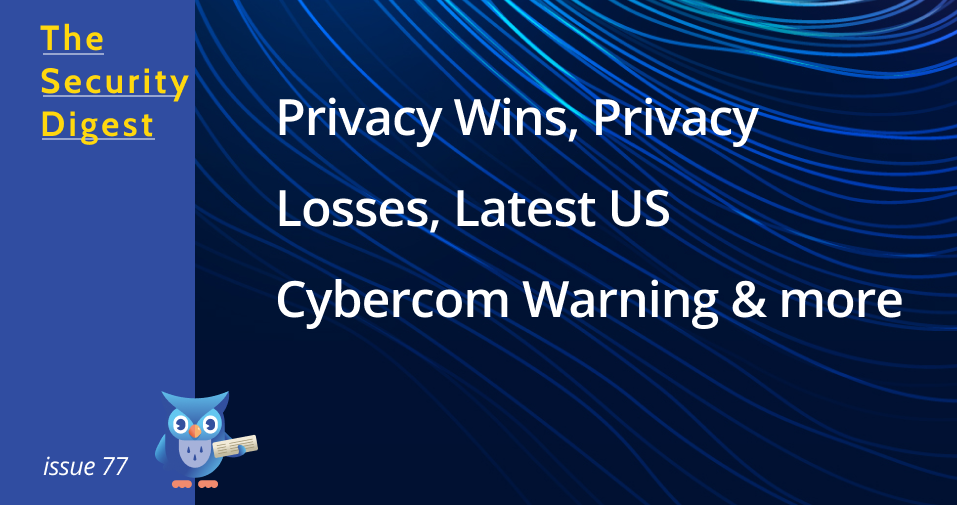 White Paper: Encryption is Not Enough – The Need for Zero Trust in Cloud Data Security

In this white paper, we introduce measures that must be taken to implement a Zero Trust architecture for data accesses and show how, in conjunction with encryption, these measures help to achieve the goal of defense in depth. We explain the benefits of encryption and what is needed to improve the overall security posture.