Chaos abounds with a cross Azure account attack, phishing continues, T-Mobile offers up more apologies, Ragnarok quits, the Razers edge involves a mouse, spam is still dangerous and Hafnium was a loud AI stealing operation. In owl news, a northern pygmy is saved and finally how many tasks can you swipe on the cloud security kanban?

A tiny northern pygmy owl was rescued in the Carmel Highlands. Luckily for the owl the rescuers contacted their neighbor who is a fellow member of the Ventana Wildlife Society and was able to help safely transport the injured owl. According to AllAboutBirds, “The Northern Pygmy-Owl may be tiny, but it’s a ferocious hunter with a taste for songbirds.”

The Art of Service put out a Cloud Security Kanban for where to get started on your current or impending cloud journey. How many tasks can you move to done? 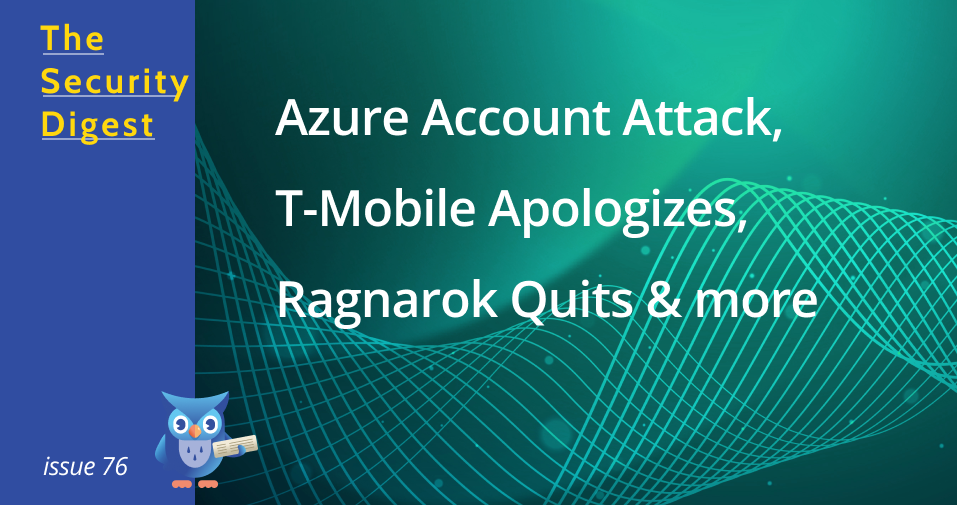