A professor in Israel has been working with authorities in Cyprus, Greece, Jordan and the Palestinian Authority and now Morocco to substitute owls for pesticides for biological management for crops.

“We are seeing the owl is replacing the dove as the harbinger of peace and is proving once again that birds do not have geographical borders,” the professor said. “I am happy to see that the vision is taking shape” So far, some 5,000 nesting boxes have been placed in the Golan Heights, Galilee, Hula Valley, Jezreel Valley, Beit Shean Valley, the Sharon region, Judea and the South.
The project has been a success in minimizing the use of poisonous chemicals in Israeli agriculture and is expected to reduce it further in the future. 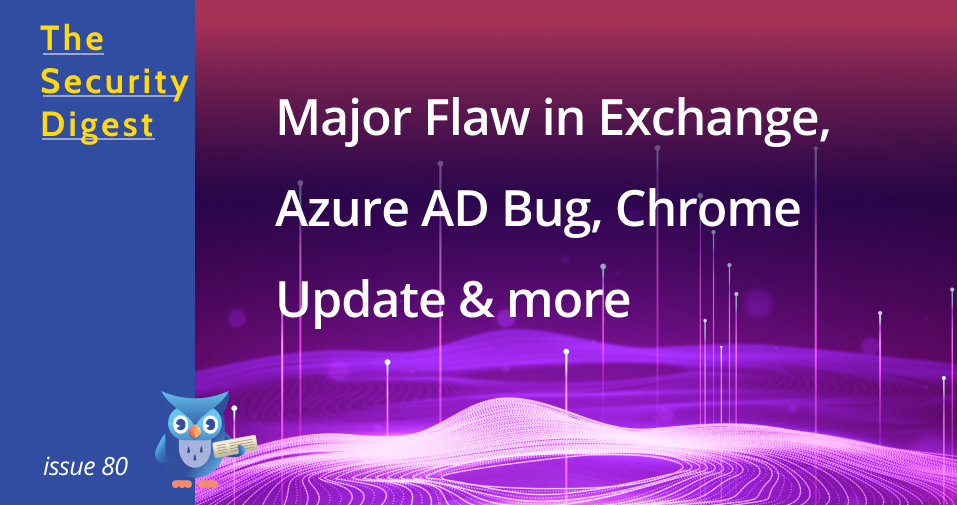 The FBI was sitting on the Kaseya ransomware decryption key, update your Netgear home router, Treasury issued sanctions related to ransomware, ransomware has hit a grain cooperative during harvest season, AI can write code just like us, Walgreens left a COVID-19 vax site unprotected and a victim of the Exchange attacks revealed themself during a breach notification.

Case Study: How Cedar Secures their Data with Cyral