The FBI was sitting on the Kaseya ransomware decryption key, update your Netgear home router, Treasury issued sanctions related to ransomware, ransomware has hit a grain cooperative during harvest season, AI can write code just like us, Walgreens left a COVID-19 vax site unprotected and a victim of the Exchange attacks revealed themself during a breach notification. In owl news we look at the long eared owl and finally, AWS has automated remediation templates for Security Hub.

A reporter for the Eagle Times based in New Hampshire examines an unsolved owl mystery in his own backyard. The reporter hears a unique owl call and posits whether it might be a long-eared owl which is not known to frequent that area. 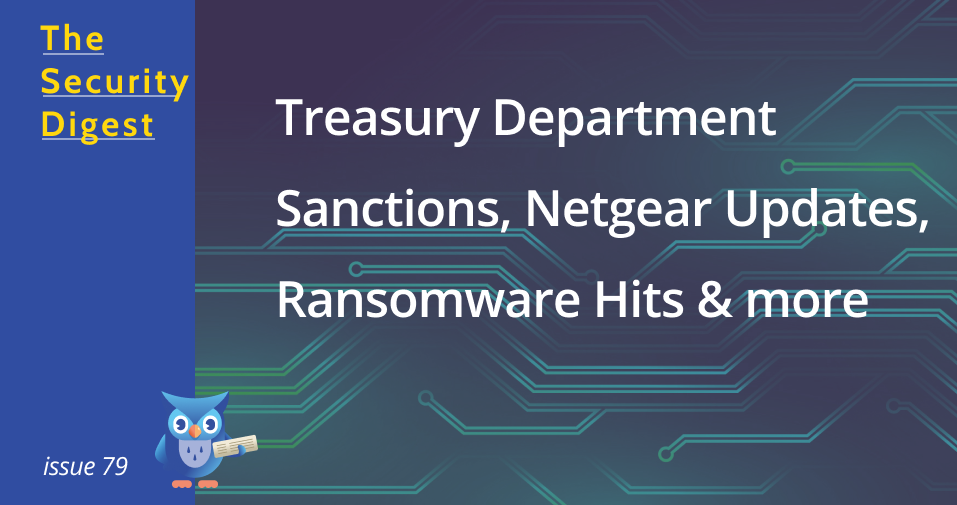 The SEC is conducting investigations related to SolarWinds which could dredge up other unreported breaches, it’s Patch Tuesday so patch all the things as Microsoft, Chrome and Apple have all patched zero days being exploited in the wild, 2 big ransomware names are back, a cross account Azure container vulnerability was fixed and finally the largest DDoS yet has been observed.