Lack of secure defaults for Power Apps exposed records, Apple is fighting on all fronts after announcing their CSAM scanner, UPS.com had a vulnerability enabling devious phishing, Pegasus is back in the news with the latest zero click iOS bug, Iranian hacktivists leak video footage and 1 ransomware operator reached out directly to employees. In owl news, we check in on some night owls playing on camera and finally a new SAST security as code scanner for Golang.

“Once the humans are tucked away, these owls in Yuma, Arizona know where to play. Arriving at a large playground, er, porch at 10:30 pm, they spent their time munching on bugs, preening, exploring, and exuding great charm as they posed for the camera.”

As fans of Security as Code, we’re excited for the latest release from Praetorian, a new SAST scanner called GoKart, “a smarter security scanner for Go”. Praetorian started with gosec, but wished to extend the features to include taint tracking and data flow analysis. Read more about the differences and limitations of GoKart on the Praetorian blog and then take GoKart for a spin by downloading GoKart on GitHub. 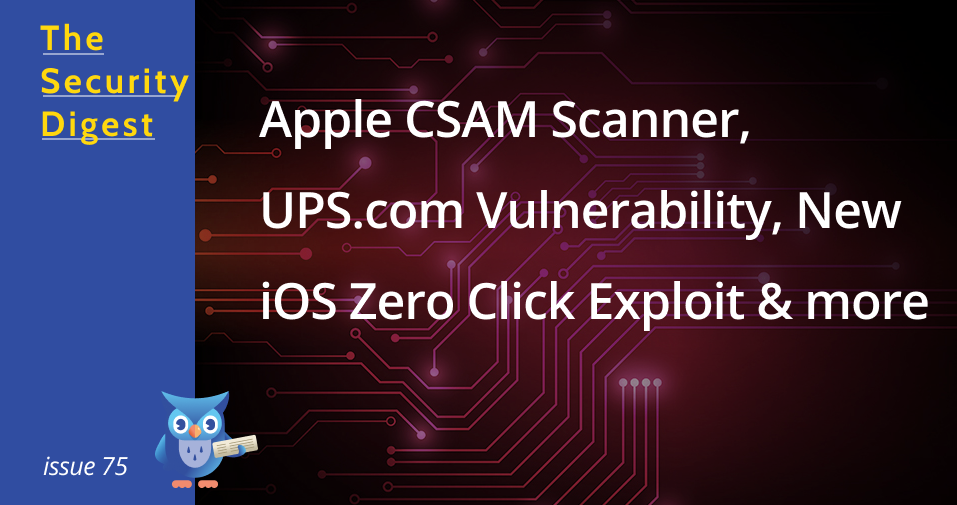