A data breach is a security violation in which sensitive, protected, or confidential data is accessed by unauthorized individuals. Data breaches may occur as a result of an accidental, human error from within an organization; via insider threats, such as negligent users, criminal or malicious insiders, or inside attackers that have stolen user credentials; or via an external cyberattack wherein hackers view, copy, transmit, steal, and/or use data to which they have no rights. 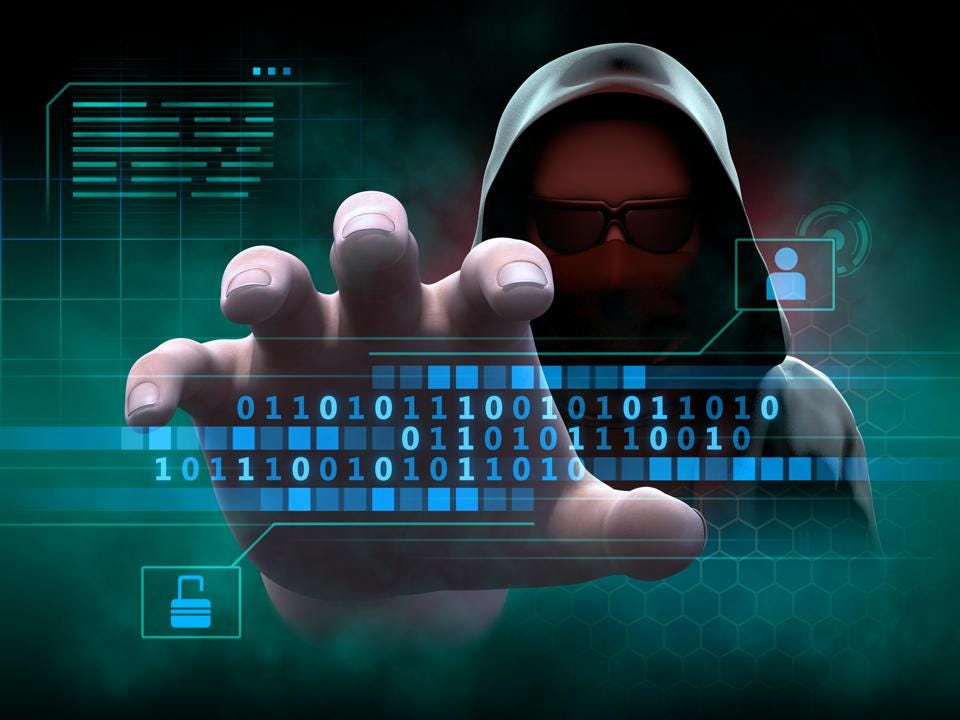 What is a Data Breach?

A data breach, a type of cyber crime also known as a data leak or data spill, involves a compromise of security that leads to the intentional or accidental unauthorized access to and unlawful alteration, loss, theft, dissemination, and/or destruction of what should be private data.

Data breaches are sometimes triggered by cyberattacks carried out by bad actors whose objective is to illegally obtain account login credentials, credit card numbers, contact information, email and home addresses, and more, in order to steal individuals’ identities and make unlawful purchases. Some data leaks are carried out by a person or persons who wish to expose what they perceive to be unethical incidents within a company or government, or whose objective is to intentionally compromise national security.

Perpetrators of a data security breach may include individual, independent hackers; organized crime units; political activists; and even national governments. The culprit may also simply be poorly configured system security or negligent disposal of used computer hardware. According to data breach statistics compiled by IBM, the average cost of a data breach increased 2.6% from USD 4.24 million in 2021 to USD 4.35 million in 2022 – up 12.7% from USD 3.86 million in the 2020 report.

How Do Data Breaches Occur?

Loss or theft of a device, such as a laptop, mobile phone, or external hard drive, is a common security incident and the perfect opportunity for a cybercriminal to steal data that is highly sensitive. If a device is unlocked or unencrypted, it is fully vulnerable to unauthorized access, but even locked or encrypted devices are susceptible to more sophisticated criminals. Physical theft or loss can also involve paper documents with sensitive data printed on them.

Data breaches can also be caused internally by employees. This can occur either accidentally or intentionally. For instance, an employee may accidentally access sensitive information without proper authorization. Even if no data was actually lost, it is still considered a data breach because the employee accessed data he was not authorized to see. Alternatively, an employee may knowingly leak confidential information to a third party with malicious intent. 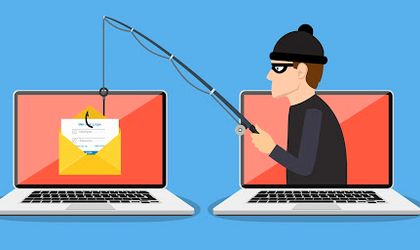 What are the Consequences of a Data Breach? 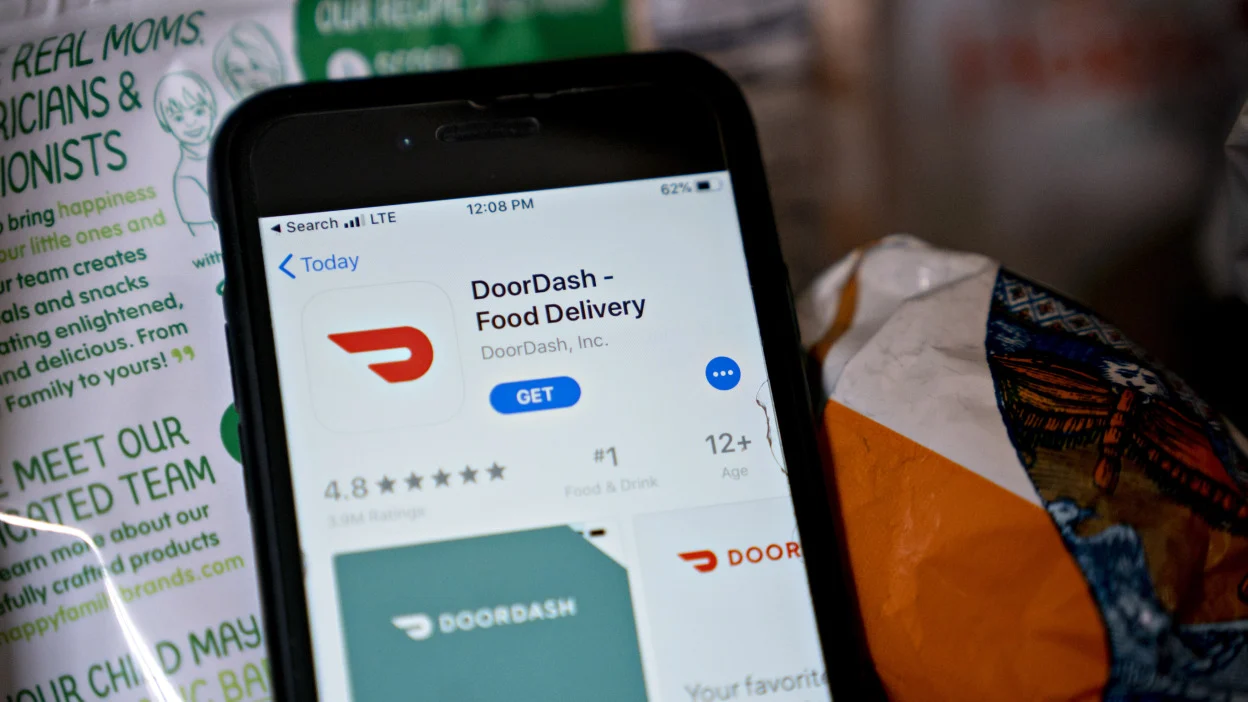 How to Prevent Data Breaches

How can data breaches be prevented? Data breach prevention requires a continuous, consistent dedication to security to keep your information secure. For businesses and governments, it involves education and participation from every tier of the  organization. Dealing with the fallout from a data breach is significantly more difficult and costly than proactively laying the foundation of a secure digital environment. To avoid attacks and data leakage, follow these data breach prevention best practices:

Who is Responsible for Data Breach Response?

Who answers for a data breach? If someone is the victim of a crime, it’s not helpful to victim-blame. However, in the case of a data breach at a company, the breach is often linked to oversight or misjudgement by a person or persons. Identifying the root cause of a breach and the person(s) responsible is a critical step in outlining who did what and how to avoid it in the future. There are three main teams of people who are responsible for a data security breach and should be the first points of contact:

What Should a Company Do After a Data Breach?

Once a breach has occurred, you need to move quickly. A clear, concise, fully developed data breach response plan should be available to put into action immediately. While every situation is different, the United States Federal Trade Commission (FTC) outlined a general rundown of standard procedures that should be part of your data breach response policy. They include:

In order to make sure your organization isn’t missing any breach response steps, draft up a data breach investigation and mitigation checklist and keep track of your activities.

What are Data Breach Prevention Tools?

Implementing a data breach incident response plan is easier with the right tools in your toolkit. Data breach services and prevention tools include the software and technologies developed to enable users to view, control, and protect every piece of data in your databases and data lakes – all without impacting performance and agility. Features of a highly advanced data leak prevention tool include: protection of customer data in production databases from unauthorized users and compromised applications, simplified access to data lakes while keeping data secure, unified access policies and simplified collaboration while providing data users with timely access, easy discovery and classification of personal data in databases and data lakes, and enforcement of granular access controls for data masking and filtering. 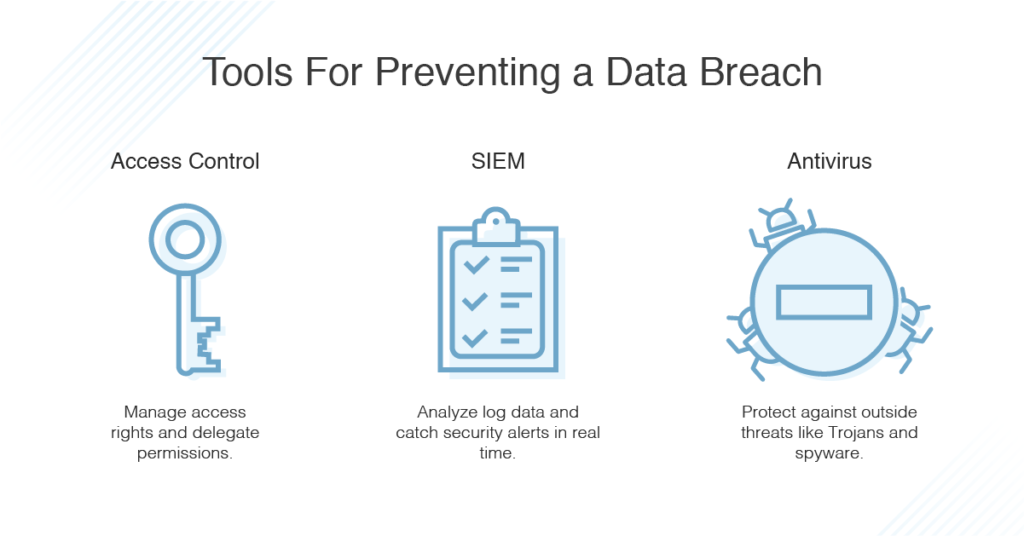 Companies today are embracing cloud-based data services to make data more accessible than ever. This accessibility, however, creates some blindspots regarding who’s accessing data, which data they’re accessing, and what they’re doing with it. And since there’s no common standard for exchanging authentication and authorization information with different data services, there is a proliferation of shared accounts amongst data engineering teams, which results in diminished visibility for security and devops teams, an increased attack surface, and a major risk of security incidents and cloud data breaches. Cyral’s solution to this challenge is its agentless and stateless interception technology that provides an end-to-end picture of who is accessing what data and what they did. 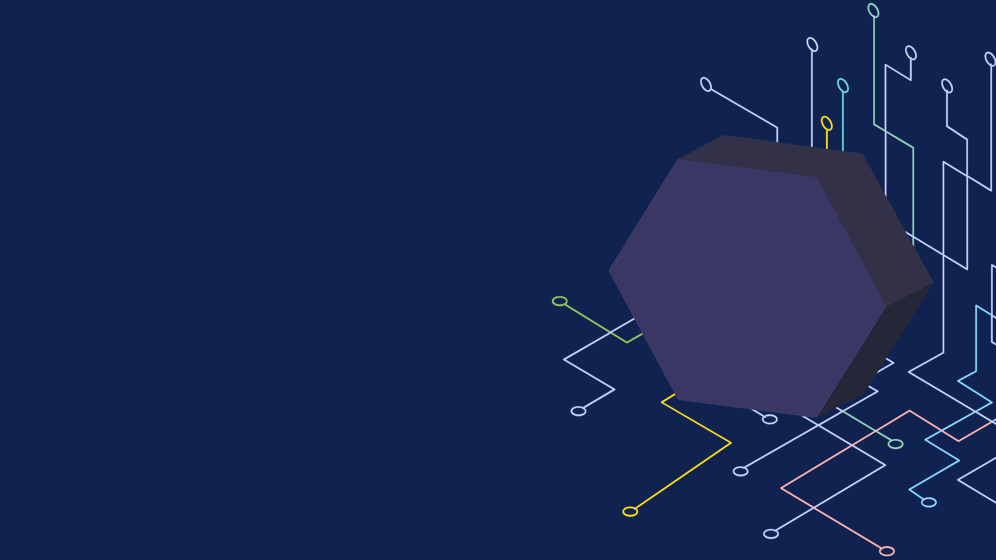