Details on the Coinbase thieves emerge, The Governor of Missouri wants to prosecute HTML hackers, zero days fall at Tianfu Cup, ransomware payments dwarf other years and took down a group of TV stations, luminary security researchers publish on Apple’s scanning, Acer was hit twice, Buffalo schools are paying $10 million to cleanup ransomware and finally keep an eye out for fake benefits sites. In Owl news we look to Napa Valley and researchers use of owls for rodent control and finally an RBAC tool to contain the complexity of K8s.

Bay Nature Magazine has just published a story about Humboldt State researchers on the use of owls as natural predators for Napa Valley vintners. As of January, a key rodentcide had been banned in California for the affects it had on upper predatory animals like owls. The research will both monitor their effectiveness at taming the rodent population and keep an eye on the owls as well.

RBAC Tool from Rapid 7 “simplifies querying and creation of RBAC policies.” This is an open source suite of tools ranging from visualization to analysis and highlighting risky permissions to generating roles and more. 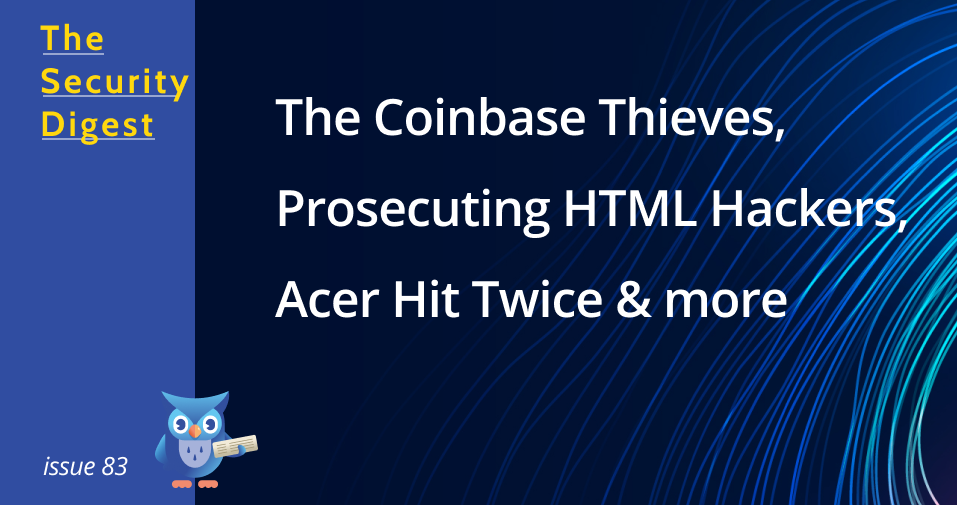 All of Twitch was leaked due to a misconfiguration, Solar Winds hackers accessed sanctions against Russians and more, Google is turning on 2FA for 150 million users, patch ASAP for Patch Tuesday, Microsoft released a Windows 11 security configuration tool and BrewDog inadvertently exposed data via their API.

White Paper: Encryption is Not Enough – The Need for Zero Trust in Cloud Data Security

This white paper investigates the measures needed to secure confidential data stored across many data repositories, both on-premises and in the Data Mesh.