All of Twitch was leaked due to a misconfiguration, Solar Winds hackers accessed sanctions against Russians and more, Google is turning on 2FA for 150 million users, patch ASAP for Patch Tuesday, Microsoft released a Windows 11 security configuration tool and BrewDog inadvertently exposed data via their API. In owl news, Flammulated Owls are tiny but plentiful in Colorado and finally Last Week In AWS has released a charity shirt honoring the green checks of the AWS Status Page for 826 National.

Flammulated owls are tiny and often heard more than seen, but if you’re in the Colorado Springs area, check out Manitou Experimental Forest to potentially get a view of this tiny owl. Read more about this wonderful little owl at Pikes Peak Courier

Place cells are known to exist not only in humans, but also other mammals like rodents and bats. They have also been detected in tufted titmice as they walk.

However, this is the first time that evidence for place cells — which fire at a high rate when an animal visits a particular location — has ever been seen in birds in flight. 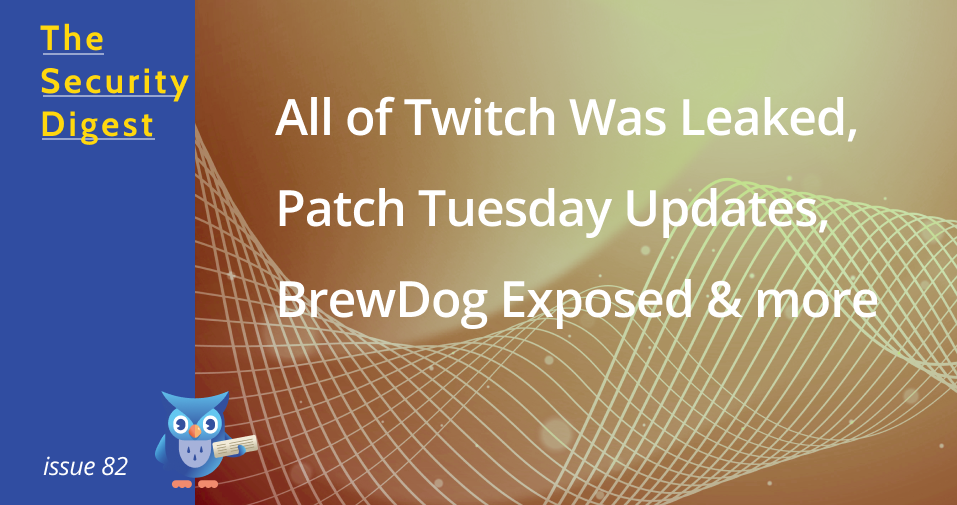 A backend system for text messages was breached for 5 years, It’s Cybersecurity Awareness Month: Do your part. #BeCyberSmart

White Paper: 10 Reasons Why it is OK to Hate Database Proxies, but Love Sidecars!

Learn how Cyral sidecars can be deployed in your cloud or on-premises environment as a Kubernetes service, autoscaling group, cloud function or host-based install.