Fallout from the Pegasus Project has started as more details emerge and another Israeli spyware firm with American venture money is profiled, plus the return of Darkside, details emerge about the Justice Department hack, PyPi has more malware, QR codes are probably tracking you, CISA has the top 30 vulnerabilities and that massive infrastructure bill has set aside funds for cybersecurity. In owl news, we look at a tiny owl from the Pacific Northwest and finally CISA has released an open source asset inventory tool.

This tiny owl is a Flammulated Owl found in the Pacific Northwest:

“This diminutive owl is one of the smallest in North America, with a body mass of about 1.9 ounces. It has dark eyes, brown plumage with darker and reddish variegations, and small ear tufts.

The Flammulated owl is unique among owls in the Pacific Northwest in that it preys almost exclusively on insects and is a neotropical migrant. Additionally, the pitch of its rather ventriloquial hoot is among the lowest of all North American owls.”

The Cybersecurity and Infrastructure Security Agency (CISA) has released an awesome new tool called Crossfeed that “lets you monitor and discover your public-facing infrastructure, as well as bring better visibility to vulnerabilities.” Asset inventory is still the number one security measure you can take and still one that many companies are failing at as you see in many of the latest ransomware attacks. Whether it was a deprecated VPN or a deprecated Apache struts application for another major hack a few years ago. Asset inventory should be number one priority. Download Crossfeed today at GitHub and check out the Crossfeed docs. 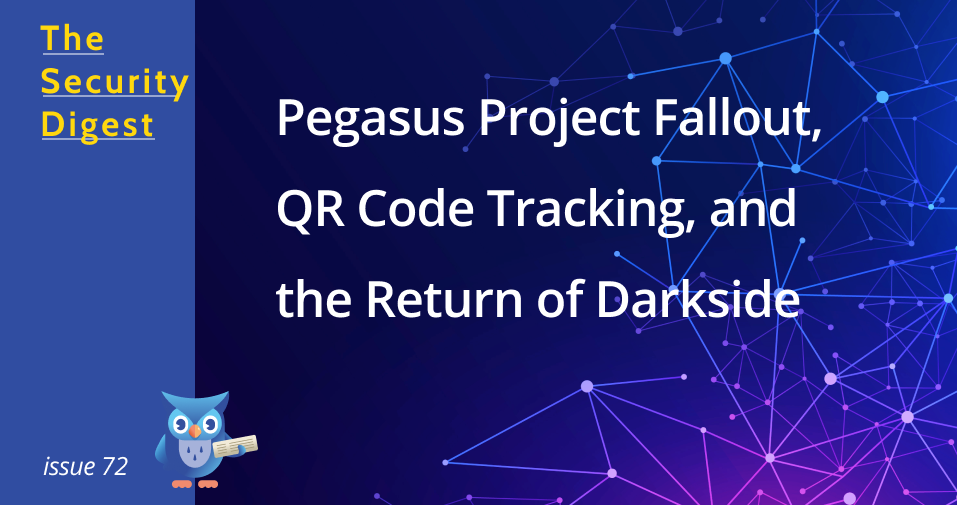