NSO’s Pegasus is in the spotlight after many, many reports. Update your Apple devices for the 12th and 13th zero days. Read more on SIM swapping, and Kaseya. A new study points to a way for spotted owls and finally a proof of concept project using OPA and cosign to sign and verify images.

The spotted owl is back in the news as a 17 year study was recently released that showed the best chance of survival for the spotted owl was to remove the invasive barred owl originally found on the East Coast. Read more at OSU news.

This is another really interesting use case of policy as code to sign and verify images using 2 major CNCF projects.

“This project is just a proof-of-concept project that shows people how they can use cosign and OPA (Open Policy Agent) together to implement the signing and verifying container image process together.

In most basic form, cosign is a container signing tool; it helps us to sign and verify container images by using the signature algorithm (ECDSA-P256) and payload format”

Read more about the project on GitHub 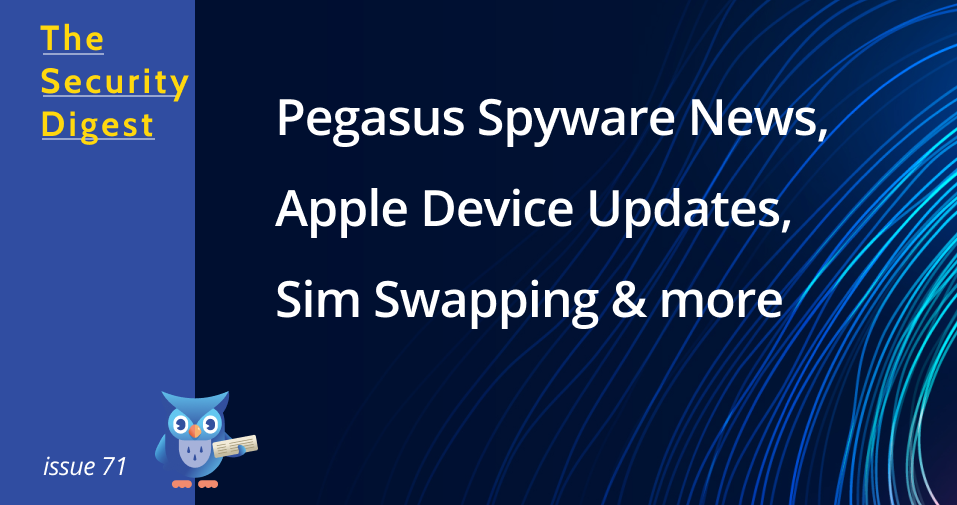